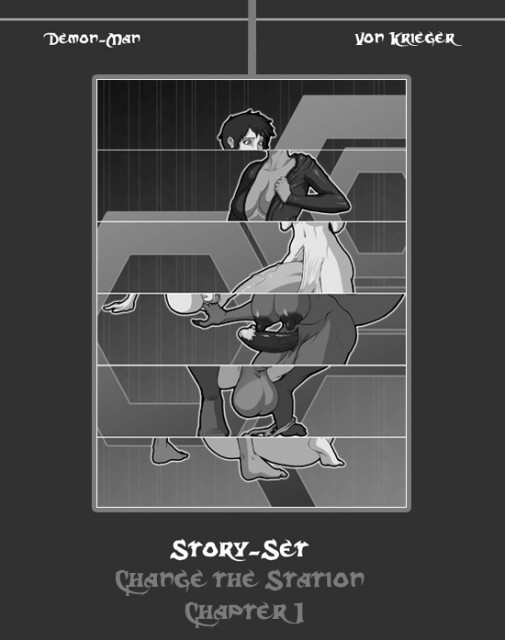 A complete story by Hellkat Von Kreiger with six cel-shaded illustrations from Demon-Man along with a few additional sketches.

This is the first of several chapters to come detailing the events that got Mistress Doppler, AI Host of the popular nanotech company sponsored game show Space Station Regenesis removed from the show and her space station set adrift in remote space where it would, presumable, never cause problems again.

Fang recognized the shape as well. It looked like everyone was going to gain some sort of bestial genitals of some sort. Typically Doppler would score on size. The mercenary stuck out her tongue at her rival.

Doppler clicked her tongue, "I have no idea why the Equine Excellence is one of our most high-selling alterations. Humans are so strange taking 'hung like a horse' so literally. But I have to admit my dear, it looks good on you."

"Though as nice as it looks like that, we can't really play favorites here in the Big Sister House. So it's going to be one size fits all on the littlest of our contestants, which means..."

Fang's eyes widened as her endowment surged in growth again, to the point where she would just about be hitting herself in the chin with it.